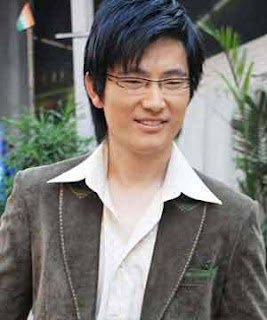 Meiyang Chang's brush with fame began with his singing prowess, but he left his first love for the sake of acting and anchoring. Now, the former "Indian Idol" contestant wants to sing again, and that too for Bollywood.

"I know I have left singing. In fact, I am thankful that some people still remember me for it and invite me to live shows. I have not even done my riyaaz for the past three to four months, but I plan to focus on my singing now," Chang told IANS on phone from Mumbai.

"I want to start again by singing some jingles and tracks of TV shows. I don't know when a film song will come my way but ultimately, of course, I would love to sing for Bollywood," he added.

Chang participated in "Indian Idol 3" in 2007, and then went on to do live shows. He returned to "Indian Idol" as the host of the fourth season. His anchoring skills were recognised, and he was given a chance to be a presenter for the second season of Indian Premier League in South Africa.

But he got a major break as an actor with Yash Raj Films' "Badmaash Company", which also featured Shahid Kapoor. Now, he is waiting for more scripts, and says is happy hosting horror reality show "The Chair", which airs on Bindass.

"I never left TV. Yes, I did move on do a movie and like everyone, I want to do many more movies, but let's not underestimate the power of TV. It is a mass medium and I enjoy doing it,' said Chang, who is also a qualified dentist.

The singer-actor says he took up "The Chair" for its one-of-a-kind concept, which involves a participant trying to communicate subconsciously with the paranormal at a haunted location.

Chang says he was a fan of horror shows as a child, but he found them resembling comedies when he grew up.

"Beyond a point, all horror shows started using cheap tricks to scare the audience. But I do like some horror movies like "The Ring". "The Chair" as a show is different because it shows how people react when they are put in situations involving ghosts and spirits."

Does he believe in the supernatural?

"Personally, I think ghosts and spirits are all in the mind. I think people shed these fears as they grow up. I was scared of blood earlier, but after anatomy lessons during my dentistry study, I am hardly bothered anymore," he quipped.
Posted by Indiblogs at 4:36 PM