Kirkire got national award for 'Behti hawa' of 3 Idiots 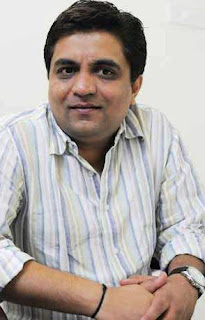 Lyricist Swanand Kirkire says when he was writing the song "Behti hawan sa ha" he never imagined that it will one day fetch him a national award.

"When I was writing the song, I never thought that it will get me a national award," Kirkire, who wrote the song for "3 Idiots", told IANS.

"But that's with every song. When you are writing it, you don't have awards on your mind. Your main focus is that it should suit the film and be liked by people. At that time the best thing is the song becomes a hit and people appreciate it.

"But now when I have got the award, I'm feeling very nice. My phone is constantly ringing and so many congratulatory messages are pouring in. It's a great feeling," he added.

Starring Aamir Khan, R. Madhavan, Kareena Kapoor, Sharman Joshi and Omi Vaidya, "3 Idiots" was a film on the education system and all the songs were written by Kirkire and composed by Shantanu Moitra.

The film was directed by Rajkumar Hirani and produced by Vidhu Vinod Chopra. Reliance Big Pictures had distributed the film that earned over Rs.450 crore.

Kirkire, who won a national award in 2007 for the song "Bande mein tha dum" for "Lage Raho Munna Bhai", thanked the "3 Idiots" team.

"I would definitely want to thank Rajkumar Hirani, Vidhu Vinod Chopra and Aamir Khan. And also Shantanu Moitra, who did such an awesome job with the composition of this song," expressed the lyricist.

When asked what importance awards carry in his life, Kirkire said a national award makes a big difference in an artist's career.

"I'm not sure about other awards but a national award is important to me because it's a state honour that the country bestows on you. It is a great moment when the president gives you the award," he said.
Posted by Indiblogs at 3:50 PM